Get lost in the mysterious as you explore India’s cultural heart, diving into the culture, history and energy that make Rajasthan so alluring time and time again. This two-week exploration immerses you in this magical state, taking you to both its most celebrated sites, as well as hidden jewels away from the norm. Relish the views in restored palaces perched cliff edges and tantalise your senses as you dine on home-cooked feasts at an owner run homestay, India will get under your skin.

Rajasthan really is the crowning jewel of India: a fabulous realm of maharajas, ornate and richly decorated palaces and luxurious hotels. 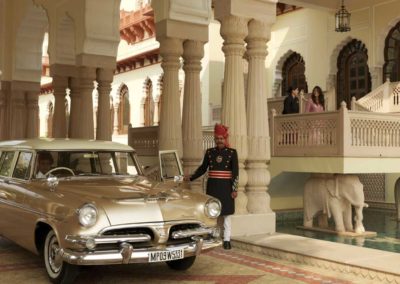 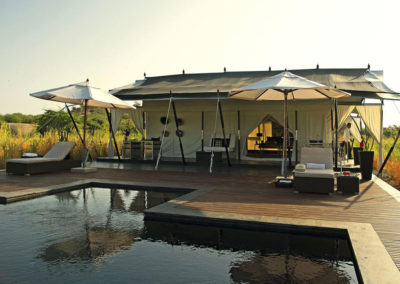 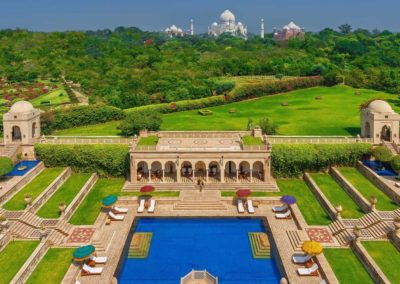 A feature of this trip is stays in a variety of heritage hotels, from magnificent Rajput forts and lavish Mughal pleasure palaces, to later elegant colonial and art deco styled hotels. Renovated or refurbished to their former glory, they offer a first hand experience of Rajasthan’s rich history and hospitality.

Rise early and set out in one of the camp’s customized jeeps with informed guides track the path and catch a sighting of the leopards in their natural surroundings. Wilderness drives, nature trails perfect for keen birders.

Experience Rajasthan from an exclusive perspective with a Hot Air Balloon Safari. Marvel at the landscape of the region, spotting landmarks and discovering hidden locations along the way.

Rising formidably from the steep rocks that loom over Jodhpur’s rooftops, the Mehrangarh Fort brims with historic splendor. In the late afternoon, once the fort and museum have been closed to the public, you’ll set out on an exclusive private tour with the head curator. Learn about the fort’s opulent past and gain access to behind-the-scenes areas, then enjoy a private dinner as you watch the sun set over this magnificent landmark.

Without question, you put together the best trip...

“Without question, you put together the best trip I have ever taken. We were shown around like visiting dignitaries, the hotels were fantastic, and itinerary was just right.”

I had a very lovely time and was looked after splendidly..

“I had a very lovely time and was looked after splendidly. My first visit to India could not have been better, save for being longer! But I shall return at same point and I shall look to you to make the arrangements.”

Delve into the vibrant culture and heritage of India on this fun-packed family adventure. From a camel ride in Rajasthan to a tiger safari at Ranthambore National Park, India offers memorable experiences that will last a lifetime. Travel beyond the bustling cities of royal Rajasthan and immerse yourself in the rural villages, forts and homestays that offer some of the most authentic experiences.

Horse riding trails in Rajasthan are full of colour and splendour. Ride magnificent Marwari horses with their beautiful curved ears across open farmland and desert, passing through local villages and greeting families and their children.