Discovering the history, heritage, traditions, and cuisines of this unique part of India through cultural immersion and local interaction is what this adventure is all about. From joining local families at their homes in the countryside where we’ll learn about daily life in the villages and exploring intricately carved temples painted in Technicolor hues in fantastic temple towns. From following in the footsteps of the mighty Chola, Pallava, and Pandya dynasties who ruled the region for centuries and whose reach extended all the way to the shores of Southeast Asia – we’ll journey off-the-beaten-track as we discover the treasures and wonders of the region.

Home to vast plains scattered with paddy fields, small villages, and ornate temples, wild jungles, wild elephants, and misty mountains, as well as bustling metropolises flourishing with skyscrapers that rise up next to surviving relics of ancient history – South India is a true melting pot of civilizations. 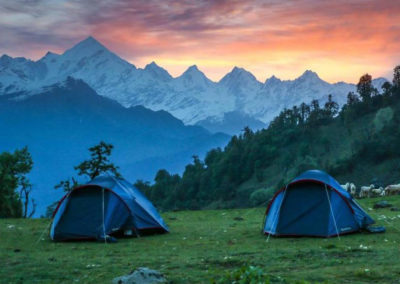 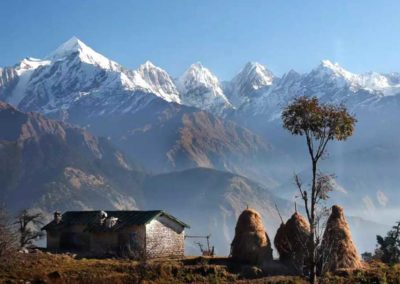 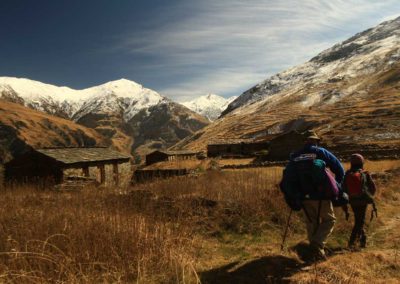 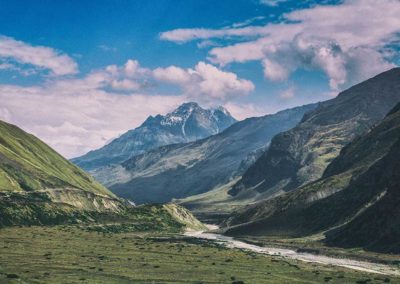 Adventure is complete without a little eating (okay, a lot of eating), and this adventure is definitely no different – as we love South Indian food! South India is home to some of the tastiest vegan cuisine found on the subcontinent! This includes a definite cultural contribution to the world of culinary arts – the delectable dosa! Southern food is not just about dosas, and as any South Indian foodie will tell you – there’s nothing quite like a tasty banana leaf meal. With a mound of rice in the middle of a fresh banana leaf, local veggies, dhal, spicy rasam, papad, and pickles are piled up in front of you. Banana leaf meals are usually an all-you-can-eat endeavor – so be ready to eat!

This quaint little town is famous for its majestic houses built in typical Chettinad style of architecture and authentic Chettinad cuisine. Built in the early 20th century by wealthy merchant families, the huge Chettinad mansions are adorned with intricately carved doors that resemble the gateways of the Hindu temples in South India. The most attractive building is the 115-year-old Chettinad Palace, which is frequented by visitors for its imposing architecture and opulent interiors.

A vast variety of wildflowers and birds can be found here. The main attraction is the tea estates that can be found in abundance. The hill station presents the perfect opportunity for adventure activities as well, there are plenty of hiking and trekking trails as well as camping sites. Coonoor is situated at an elevation of about 200 ft and other nearby places of interest include Lambs Rock, Lady Cannings Seat, Dolphins Nose, St. Catherine Falls, Sim’s Park. A toy train connects Coonoor to other nearby stations and makes for an enjoyable ride.

What a fantastic trip!

“What a fantastic trip! It was unlike any other trip we’ve experienced. We had the opportunity to learn from and interact with people that we would never have the opportunity to meet, and it’s given us a taste for more adventurous and more rewarding travel. We can’t thank ITP team enough for all the hard work and long hours you clearly put into making your tours so rewarding!”

It’s not a typical “tour” in any other way..

“ITP is the absolute best. I am overwhelmed by the amazing memories and stories shared. While it’s a “tour” in the traditional sense of lots of sightseeing, lots of informations, lots of food – it’s not a typical “tour” in any other way. Truly the most unique and amazing experience that is a credit to the amazing hosts, and you feel more like a much-loved and much-welcomed guest than you do a tourist.”

Discover our other tours in Tamil Nadu This is a back-to-the-basics journey that takes you away from your everyday complacency. Source of Ganges and trek to Shivling

Shivling, called „Indian Matterhorn Peak“ by early European visitors, is one of the most beautiful mountains in the world, a dramatic rock peak in the western Garhwal Himalaya.